Whirlwind on the Road: What to Do When Driving During a Tornado

Tornadoes are among the most terrifying natural disasters. These shrieking columns of hurricane-force winds can devastate towns and cities unfortunate enough to be on their path. People who live in the so-called Tornado Alley in America’s heartland know that when the sky begins to darken and the wind begins to howl that it’s time to head down to the basement or into the shelter.

But tornadoes are the wind gone wild. Sometimes, people may not be able to reach shelter fast enough before the screaming winds are upon them. Sometimes, tornadoes descend when people are in their cars.

Inside the Storm Itself

In May 2018, a tornado in a portion of western Germany overtook two motorists driving down a country road. The drivers pulled their car over and waited for the tornado to pass over them. One of the drivers managed to capture his experience on video. A meteorologist said that the drivers were lucky that the tornado that engulfed them was probably made of winds blowing at around 74 miles per hour. This would put it at the lowest end of the scale for the strength of tornadoes. The twister afflicted multiple towns and inflicted injury on several people.

Tornadoes aren’t as common in Europe as they are in the United States. The entire continent has an average of 300 tornadoes every year as opposed to 1,400 twisters that hit the United States, usually in the infamous Tornado Alley area of the heartlands. Safety drills tell people to immediately seek a storm shelter or basement when a twister is about to strike, but what is someone supposed to do if they encounter a tornado while they’re on the road?

Motor Vehicle Safety during a Tornado 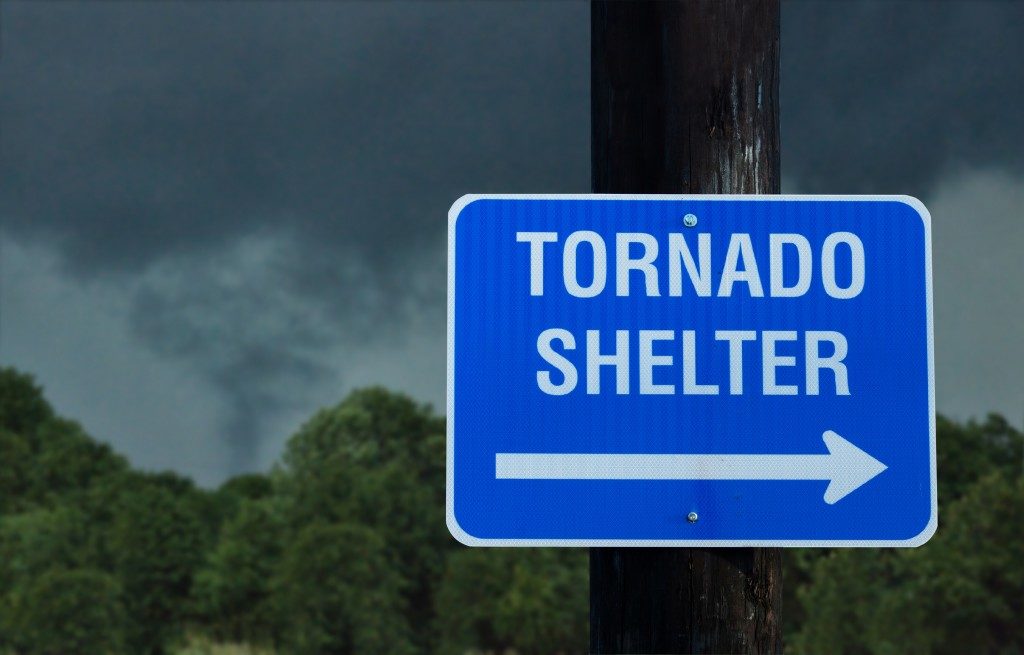 Modern vehicle manufacturers have engineered their automobiles to provide maximum safety to their passengers. Some agencies enhance these features by accessorizing emergency vehicles. However, safety and meteorological experts say that if a tornado is bearing down on someone while they’re in a vehicle that they should abandon it and head for the closest ditch or low-lying area. There are tornadoes strong enough to pick up vehicles and the physical trauma that could inflict on a car’s occupant could result in death.

However, if the tornado is already bearing down on the car, experts say that the occupants should fasten their seat belts, tuck their heads below window-level, and try to cover themselves with their arms or blankets. Alternatively, they could try to drive their vehicles to the nearest low-lying area and exit the vehicle to hunker down in a low spot.

If the tornado is far away enough, drivers could try to reach the nearest shelter. In Kansas, the government has built roadside shelters for exactly that purpose. Meteorologists warn that it is preferable to hide in shelters and ditches than to do so under bridges or overpasses. Confined spaces like tunnels and overpasses can accelerate the winds that a twister generates and can blast people and cars out of their shade and into the storm. They also caution that doing so can cause the cars to form a barricade that could impede emergency services from reaching people in danger.

Tornadoes are among the most terrifying natural disasters because they can descend upon people at any time, with great force. When they do, there is little anyone can do but hide and hope for the best. But with enough knowledge, preparedness, and cooperation, people can stop tornadoes from snuffing out all hope.