Do You Really Need a Second Car?

Not many Singaporeans own a car or two cars, for that matter. But if they do, it’s usually for a good reason. The public transportation system in the small city-state is as effective as you can imagine. However, that doesn’t stop some people from owning private cars. Some families even have two or more cars, depending on their lifestyles and income levels.

Do you really need a car to go around the city? It’s not about going around exactly. It’s about when you need to go around the country. For many, owning a car in a country like Singapore is a luxury. For others, it is a necessity born out of having to go from one work site to another. But how about a second car? Why would people want to buy a car in a country known for advocating a car-lite city?

For a country that discourages its citizens from buying cars, Singapore has plenty of car-financing options. You can get used luxury cars in the country for a portion of its original price or used-car price in other markets. This makes the secondhand car industry an attractive option for many Singaporeans. Some foreigners also opt to buy their cars from the city-state because of the available choices.

The number one reason why people buy second cars is because of work. For couples who work in opposite parts of the city, it is more economical to get a second car so that they can be where they need to be without depending on the other. If you have to travel at least eight kilometers to get to your workplace and your partner has to travel to another side of town, shouldn’t you have separate means to get there? That’s why a second car is practical for families who have the resources, and yes, the garage space for it.

Besides that fact, parents also have to bring their kids to school and fetch them after their classes. Having a car makes it so much easier for them, especially for families who live in rural and residential areas. Bringing two to three kids with you on the train or even in a cab is not ideal. 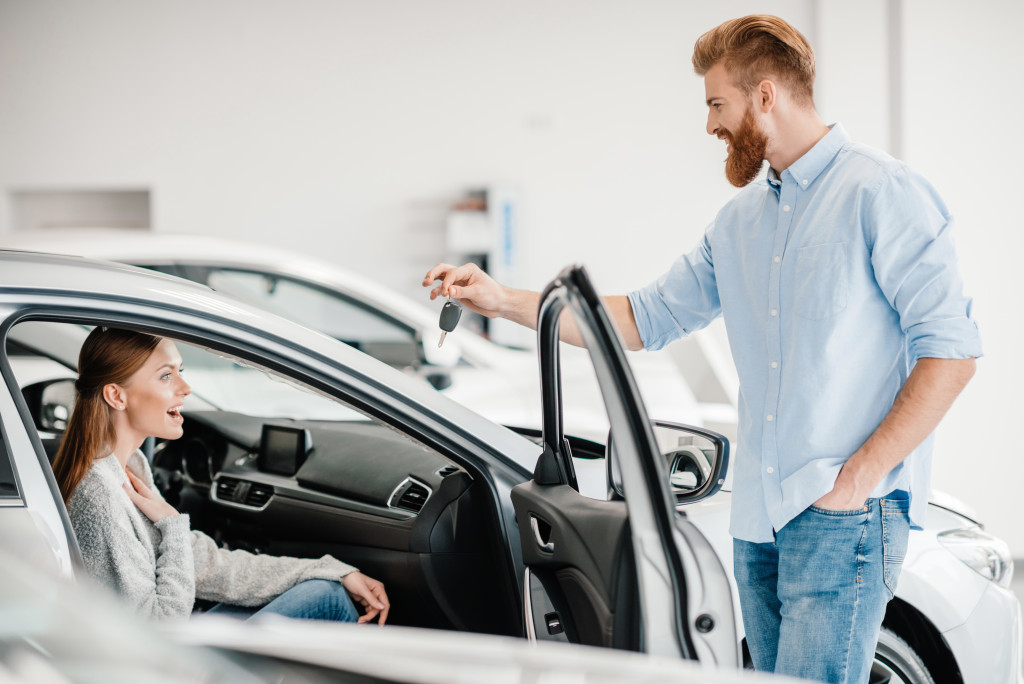 In some cases, buying a second car is merely to improve one’s social status. You buy it because you can afford it. That sends a message to your community, groups of friends, families, and colleagues. This ownership of multiple cars puts you on top of your social class… or so you think. A lot of people will see it for what it is. In all societies, the real test of social status is what you drive, and not how many cars you have in your garage.

What’s the Best Option for a Second Car?

If you really need a second car, the best option is to get financing for a secondhand unit. Plenty of dealerships specialize in selling secondhand cars, with some selling newer models that the first owners failed to complete payments for. Many of these cars have been barely used, but their worth has depreciated because of being “used.”

You can also take a look at car lease options. It’s when you lease a car for a fixed period at an agreed amount of money. The dealership takes care of the car’s maintenance covering that period while your responsibility is not to get the car over the distance limit that you paid for. The options depend per dealership, but it is like owning the car without needing to pay for all the other miscellaneous costs—maintenance, insurance, etc.

You don’t need to justify your need for a second car. If you think it is convenient for you and your family (and you have the money and garage for it), then go ahead. There are plenty of options for you, especially at this time. You have to remember, though, that having multiple cars means you have more responsibilities in terms of taxes, maintenance, repairs, insurance, registration, and parking.

PrevPreviousTop 5 Quick Tips to Make Your Car Survive the Winter
NextTo Buy or to Wait? Helpful Reminders When Buying A Car During the PandemicNext
Scroll to Top